Adultery, Real or Imagined? Either One Works the Same Way

"Whoops, What goes on here?"

A very scary scripture on adultery we have to face...

1 Corinthians 6.9-10 " Don’t you know that those doing such things have no share in the Kingdom of God? Don’t fool yourselves. Those who live immoral lives, who are idol worshipers, adulterers or homosexuals—will have no share in his Kingdom. Neither will thieves or greedy people, drunkards, slanderers, or robbers."

Paul is making some important points here: "some of you were like that"..

Paul is speaking to the disciples, to believers...and Paul says, some of you were

But you are not now!

This is where the "rubber meets the road!"

Our past sin - repented of, is gone. That is what being born again is all about. Have a look at the offer.

It is the only life-line we need to deal with the consequences of past sin.

There is another issue here as well.

It can be an ongoing battle - and that is what goes on in the "movie theater of the mind," in the imagination, spiritual heart...

Matthew 5.27-28 "“The laws of Moses said, ‘You shall not commit adultery.’ 28 But I say: Anyone who even looks at a woman with lust in his eye [imagination] has already committed adultery with her in his heart."

This is where the real issue lies...in our thought-life.

What are some of the consequences of this lifestyle? 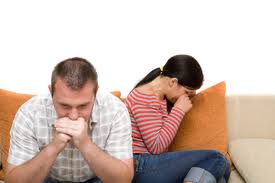 What starts this problem?

What is GOD really speaking to us about here?

There always is a spiritual manifestation or higher level of purpose for what we might consider an earthly contract or relationship. In this case - marriage and the huge threat of "adultery" on the relationship.

Here is a thought...

Did you know GOD had a spiritual marriage
with Israel? It ended in divorce... 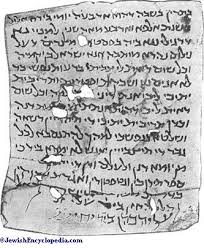 Israel violated this contract with GOD. Israel was incapable of full obedience, and refused to repent.

What did GOD do?

Jeremiah 3.8 "Yet she paid no attention, even though she saw that I divorced faithless Israel. But now Judah too has left me and given herself to prostitution, for she has gone to other gods to worship them." - Living Bible

Amplified Bible - "And I saw, even though [Judah knew] that for this very cause of committing adultery (idolatry) I [the Lord] had put faithless Israel away and given her a bill of divorce; yet her faithless and treacherous sister Judah was not afraid, but she also went and played the harlot [following after idols].

King James Version - "And I saw, when for all the causes whereby backsliding Israel committed adultery I had put her away, and given her a bill of divorce; yet her treacherous sister Judah feared not, but went and played the harlot also."

Can you now understand why GOD is against adultery? Both physical and mental? Both natural and spiritual?

Here are another couple of scriptures...

Deuteronomy 24.1-4 "If a man doesn’t like something about his wife, he may write a letter stating that he has divorced her, give her the letter, and send her away. 2 If she then remarries 3 and the second husband also divorces her or dies, 4 the former husband may not marry her again, for she has been defiled; this would bring guilt upon the land the Lord your God is giving you."

GOD totally casts off Israel's privileged relationship with Himself that He had negotiated with Moses...

Hosea 2.2 "Plead with your mother, plead: for she is not my wife, neither am I her husband: let her therefore put away her whoredoms out of her sight, and her adulteries from between her breasts;"

GOD makes it clear to Israel that He is no longer Israel's husband, and she is no longer His wife...and because Israel was the guilty party, GOD's Son, the Lord Jesus Christ will take a (spiritual) bride to Himself.

Marriage as we know marriage here on earth will not exist in heaven..

Matthew 22.30 "For in the resurrection they neither marry, nor are given in marriage, but are as the angels of God in heaven."

There is a lot to learn about the reasons that relationships get destroyed. GOD has promised to never leave us, nor forsake us...are we that committed to Him?

GOD's faithfulness to us is without question. Are we that faithful to Him?