Never get revenge. Never hold a grudge against any of your people. Instead, love your neighbor as you love yourself.

Don't we love to jump in and "pay-back" - "give them a piece of their own medicine" we say..

When clearly, the scriptures tell us:

"Never pay back evil with more evil. Do things in such a way that everyone can see you are honorable.

18 Do all that you can to live in peace with everyone.

19 Dear friends, never take revenge. Leave that to the righteous anger of God. For the Scriptures say, “I will take revenge; I will pay them back,” says the Lord.

When we study revenge, and how to get back - we do more damage to ourselves, than anything our enemy has, or could inflict upon us.

OK, How do we deal with this problem? 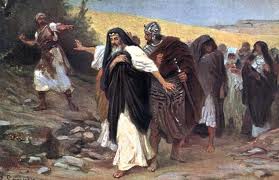 5 As King David came to Bahurim, a man came out of the village cursing them. It was Shimei son of Gera, from the same clan as Saul’s family.

6 He threw stones at the king and the king’s officers and all the mighty warriors who surrounded him.

7 “Get out of here, you murderer, you scoundrel!” he shouted at David.

8 “The Lord is paying you back for all the bloodshed in Saul’s clan. You stole his throne, and now the Lord has given it to your son Absalom. At last you will taste some of your own medicine, for you are a murderer!”

9 “Why should this dead dog curse my lord the king?” Abishai son of Zeruiah demanded. “Let me go over and cut off his head!”

10 “No!” the king said. “Who asked your opinion, you sons of Zeruiah! If the Lord has told him to curse me, who are you to stop him?”

11 Then David said to Abishai and to all his servants, “My own son is trying to kill me. Doesn’t this relative of Saul have even more reason to do so? Leave him alone and let him curse, for the Lord has told him to do it.

12 And perhaps the Lord will see that I am being wronged and will bless me because of these curses today.”

Let's look at this verbal and physical attack by Shimei on David...

" Shimei son of Gera, the man from Bahurim in Benjamin, hurried across with the men of Judah to welcome King David. 17 A thousand other men from the tribe of Benjamin were with him, including Ziba, the chief servant of the house of Saul, and Ziba’s fifteen sons and twenty servants. They rushed down to the Jordan to meet the king. 18 They crossed the shallows of the Jordan to bring the king’s household across the river, helping him in every way they could.

As the king was about to cross the river, Shimei fell down before him. 19 “My lord the king, please forgive me,” he pleaded. “Forget the terrible thing your servant did when you left Jerusalem. May the king put it out of his mind. 20 I know how much I sinned. That is why I have come here today, the very first person in all Israel to greet my lord the king.”

21 Then Abishai son of Zeruiah said, “Shimei should die, for he cursed the Lord’s anointed king!”

22 “Who asked your opinion, you sons of Zeruiah!” David exclaimed. “Why have you become my adversary today? This is not a day for execution, for today I am once again the king of Israel!” 23 Then, turning to Shimei, David vowed, “Your life will be spared.”

What happened to Shimei?

Solomon heard that Shimei had left Jerusalem and had gone to Gath and returned. 42 So the king sent for Shimei and demanded, “Didn’t I make you swear by the Lord and warn you not to go anywhere else or you would surely die? And you replied, ‘The sentence is fair; I will do as you say.’ 43 Then why haven’t you kept your oath to the Lord and obeyed my command?”

44 The king also said to Shimei, “You certainly remember all the wicked things you did to my father, David. May the Lord now bring that evil on your own head. 45 But may I, King Solomon, receive the Lord’s blessings, and may one of David’s descendants always sit on this throne in the presence of the Lord.” 46 Then, at the king’s command, Benaiah son of Jehoiada took Shimei outside and killed him. 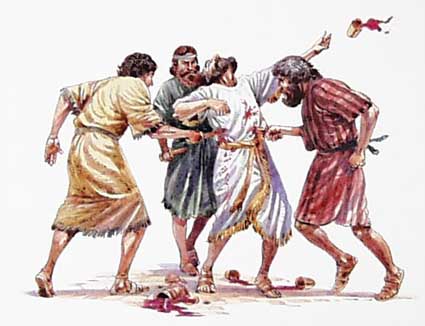 David did not kill Shimei...

However, judgment is outside of our responsibility

"But if you do what is wrong, you will be paid back for the wrong you have done. For God has no favorites."

Forgive, and let the Lord judge the matter...

Have you called or emailed someone to invite them to join us in our daily study in Proverbs? It would be great if you did that today! Thanks.