The fear of the Lord happens when we understand that the Holy Spirit of GOD is sitting in the "movie theater" of our mind watching what we watch.

"the Fear of the Lord is the foundation of true knowledge,
but fools despise wisdom and discipline...."

Folks, this information today is "huge".

One of the benefits of GOD's wisdom will transform our thinking...
What is the Fear of the LORD? 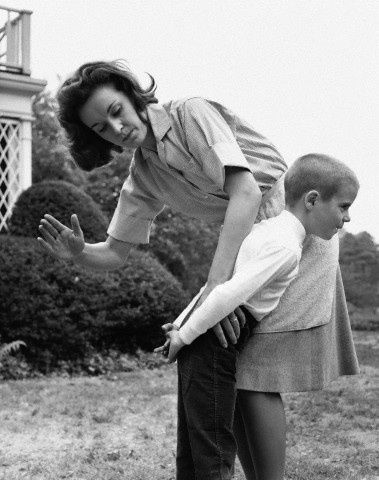 I remember how I feared my father and grandmother...

Many years later, I am in my seventies now - I realized the impact of Hebrews 12.7-8 "For what son is there whom his father does not discipline? If you are left without discipline, in which all have participated, then you are illegitimate children and not sons.”

and then verse 9 "We have had earthly fathers who disciplined us and we respected them.”

Yes, that is true. Dad had the uncanny knack of knowing when I was guilty - so lying wasn't an option - because I would get double the punishment 1. For doing it and 2. For lying about it...

But something happened along the way...

Here is the point...My parents disciplined me, trained me, because that was their GOD-given responsibility.

And rightfully so, we learn how to "fear our parents" in a good way.

But, our parents cannot see what GOD sees

But GOD sees every thought, & imagination...

Genesis 6.5 "The Lord observed the extent of human wickedness on the earth, and he saw that everything they thought or imagined was consistently and totally evil. 6 So the Lord was sorry he had ever made them and put them on the earth. It broke his heart. 7 And the Lord said, “I will wipe this human race I have created from the face of the earth. Yes, and I will destroy every living thing—all the people, the large animals, the small animals that scurry along the ground, and even the birds of the sky. I am sorry I ever made them.”

"...And they began to think up foolish ideas of what God was like. As a result, their minds became dark and confused. 22 Claiming to be wise, they instead became utter fools. 23 And instead of worshiping the glorious, ever-living God, they worshiped idols made to look like mere people and birds and animals and reptiles.

24 So God abandoned them to do whatever shameful things their hearts desired. As a result, they did vile and degrading things with each other’s bodies. 25 They traded the truth about God for a lie. So they worshiped and served the things God created instead of the Creator himself, who is worthy of eternal praise! Amen. 26 That is why God abandoned them to their shameful desires. Even the women turned against the natural way to have sex and instead indulged in sex with each other. 27 And the men, instead of having normal sexual relations with women, burned with lust for each other. Men did shameful things with other men, and as a result of this sin, they suffered within themselves the penalty they deserved.

28 Since they thought it foolish to acknowledge God, he abandoned them to their foolish thinking and let them do things that should never be done. 29 Their lives became full of every kind of wickedness, sin, greed, hate, envy, murder, quarreling, deception, malicious behavior, and gossip. 30 They are backstabbers, haters of God, insolent, proud, and boastful. They invent new ways of sinning, and they disobey their parents. 31 They refuse to understand, break their promises, are heartless, and have no mercy. 32 They know God’s justice requires that those who do these things deserve to die, yet they do them anyway. Worse yet, they encourage others to do them, too.

The fear of the Lord is the beginning of wisdom...

The "fear of the Lord" is the beginning of "correct" knowledge

Thoughts do matter! They are the basis of the information we either reject or accept. The fear of the Lord is when we realize the claim of the Word of GOD to be the thoughts we dwell on, and obey - That is what Romans 12.2 is all about..Be ye transformed by the renewing of your minds..."

GOD's supply of pure words will become like "thought surgery"... As detergent washes out the dirt and stains in clothes - so to does GOD's word wash us "from the "INSIDE" out..

1 Corinthians 6.9 .."Know ye not that the unrighteous shall not inherit the Kingdom of God? Be not deceived: Neither fornicators, nor idolaters, nor adulterers, nor the effeminate, nor abusers of themselves with mankind,

10 nor thieves, nor the covetous, nor drunkards, nor revilers, nor extortioners shall inherit the Kingdom of God.

11 And such were some of you. But ye are washed, ye are sanctified, ye are justified in the name of the Lord Jesus and by the Spirit of our God.

It won't start unless we understand that GOD sees our heart, and thought-life. 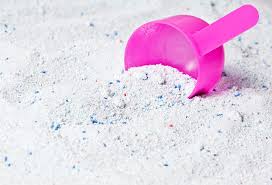 GOD's Word washes, as detergent - the thoughts, and imaginations of our heart...