These Questions and Answers come directly from a publication printed in the year 1879 by the American Sunday School Union. It embraces a general and connected account of the most important events recorded in the Bible. The desire is to reveal basic Biblical truths without denominational bias...

As the author and past teacher of several Catechism publications, I find this series of Questions and Answers a delightful introduction to Bible Basics...

I have added the actual scriptural verses, so the reader may enjoy a fuller and richer study of this catechism...

P.S. The word "catechism" means to learn by questions and answers...

Basic Questions And Answers to
the Old and New Testaments

Q1 : What book should we prize above others?

A : One reason is because it tells us what GOD will have us to do

Q3 : What is the meaning of the word Bible?

A : It means BOOK; but it is used only for the sacred scriptures

Q4 : What proves that the Bible is from GOD?

A : It declares many things that GOD only could know

Q5 : What are the two great divisions of the Bible called?

A : The Old Testament and the New Testament

Q6 : How many books are contained in the Old Testament?

Q7 : How many in the New Testament?

Q8 : What is the first book in the Bible?

Q9 : What is the meaning of the word Genesis?

Q10 : Of what does this first book give account?

A : Of the creation 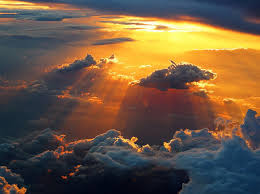 Q11 : Who created the heavens and the earth?

Genesis 1.1 "In the beginning God created the heavens and the earth."

A : In the beginning

Q13 : What is here meant by the beginning?

A : When GOD began to create

Q14 : Of what did GOD create all things?

Genesis 1.2 "The earth was formless and empty, and darkness covered the deep waters. And the Spirit of God was hovering over the surface of the waters"

Q15 : How long was GOD in creating all things?

Exodus 20.11 "For in six days the Lord made the heavens, the earth, the sea, and everything in them; but on the seventh day he rested. That is why the Lord blessed the Sabbath day and set it apart as holy."

Q17 : What did GOD say when He created light?

Q18 : What was created the second day?

Q19 : What did GOD create the third day?

Genesis 1.11 "Then God said, “Let the land sprout with vegetation—every sort of seed-bearing plant, and trees that grow seed-bearing fruit. These seeds will then produce the kinds of plants and trees from which they came.” And that is what happened"

Q20 : What did GOD create the fourth day?

A : The sun, moon and stars

Genesis 1.14-18 "Then God said, “Let lights appear in the sky to separate the day from the night. Let them be signs to mark the seasons, days, and years. 15 Let these lights in the sky shine down on the earth.” And that is what happened. 16 God made two great lights—the larger one to govern the day, and the smaller one to govern the night. He also made the stars. 17 God set these lights in the sky to light the earth, 18 to govern the day and night, and to separate the light from the darkness. And God saw that it was good."

A : Fishes and fowls

Genesis 1.20-22 "Then God said, “Let the waters swarm with fish and other life. Let the skies be filled with birds of every kind.” 21 So God created great sea creatures and every living thing that scurries and swarms in the water, and every sort of bird—each producing offspring of the same kind. And God saw that it was good. 22 Then God blessed them, saying, “Be fruitful and multiply. Let the fish fill the seas, and let the birds multiply on the earth.”

A : Beasts, reptiles, and man

26 Then God said, “Let us make human beings in our image, to be like us. They will reign over the fish in the sea, the birds in the sky, the livestock, all the wild animals on the earth, and the small animals that scurry along the ground.”

Genesis 2.19 "So the Lord God formed from the ground all the wild animals and all the birds of the sky. He brought them to the man to see what he would call them, and the man chose a name for each one."

Genesis 3.20 "Then the man - Adam - named his wife Eve, because she would be the mother of all who live"

A : Of the dust of the ground

Genesis 2.7 " Then the Lord God formed the man from the dust of the ground. He breathed the breath of life into the man’s nostrils, and the man became a living person."

Q26 : Where was Adam first placed?

A : In the garden in Eden

Genesis 2.15 "The Lord God placed the man in the Garden of Eden to tend and watch over it."

Q27 : What was Adam forbidden to eat?

A : Of the tree of the knowledge of good and evil

Q28 : What punishment did GOD threaten in case of disobedience?

A : That he should surely die

Genesis 3.6 "The woman was convinced. She saw that the tree was beautiful and its fruit looked delicious, and she wanted the wisdom it would give her. So she took some of the fruit and ate it. Then she gave some to her husband, who was with her, and he ate it, too."

Genesis 3.13 "Then the Lord God asked the woman, “What have you done?”

“The serpent deceived me,” she replied. “That’s why I ate it.”

Q31 : How did the serpent contradict GOD?

A : He said unto the woman, "You shall not surely die"

Revelation 20.2 "He seized the dragon—that old serpent, who is the devil, Satan—and bound him in chains for a thousand years."

A : The seed of the woman

Q35 : For whose sake did GOD first curse the ground, and cause it to bring forth thorns and thistles?

A : For the sake of Adam

“Since you listened to your wife and ate from the tree whose fruit I commanded you not to eat, the ground is cursed because of you. All your life you will struggle to scratch a living from it.
18 It will grow thorns and thistles for you, though you will eat of its grains.