When someone has wronged and devastated someone they find it easy to hate them after...

It is a not a mystery that lying and malice, or ill-feelings go together...

One sin leads to another.

When they lied about Jesus -

John 8.44 "For you are the children of your father the devil, and you love to do the evil things he does. He was a murderer from the beginning. He has always hated the truth, because there is no truth in him. When he lies, it is consistent with his character; for he is a liar and the father of lies."

Boy, did they hate Him for telling truth...

"Instead, you are trying to kill me because I told you the truth, which I heard from God. Abraham never did such a thing." 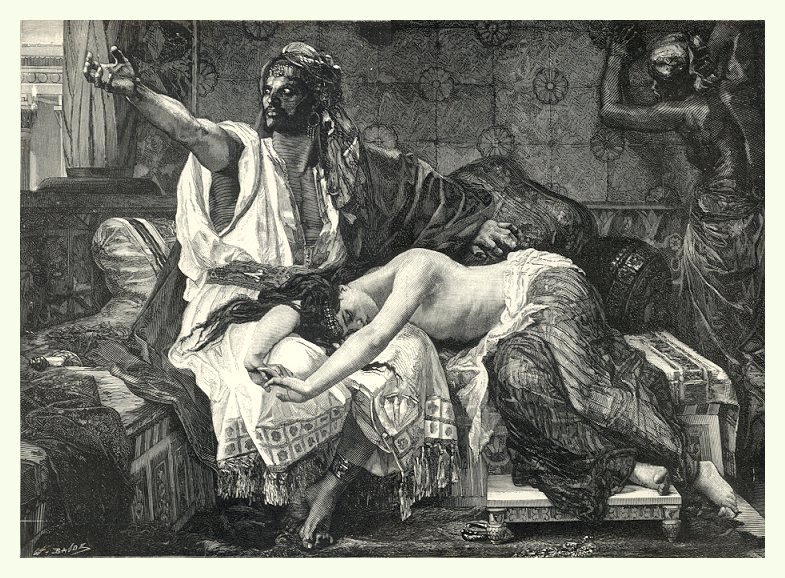 The Rape of Tamar

" Now David’s son Absalom had a beautiful sister named Tamar. And Amnon, her half brother, fell desperately in love with her. 2 Amnon became so obsessed with Tamar that he became ill. She was a virgin, and Amnon thought he could never have her.

3 But Amnon had a very crafty friend—his cousin Jonadab. He was the son of David’s brother Shimea. 4 One day Jonadab said to Amnon, “What’s the trouble? Why should the son of a king look so dejected morning after morning?”

So Amnon told him, “I am in love with Tamar, my brother Absalom’s sister.”

5 “Well,” Jonadab said, “I’ll tell you what to do. Go back to bed and pretend you are ill. When your father comes to see you, ask him to let Tamar come and prepare some food for you. Tell him you’ll feel better if she prepares it as you watch and feeds you with her own hands.”

6 So Amnon lay down and pretended to be sick. And when the king came to see him, Amnon asked him, “Please let my sister Tamar come and cook my favorite dish as I watch. Then I can eat it from her own hands.” 7 So David agreed and sent Tamar to Amnon’s house to prepare some food for him.

8 When Tamar arrived at Amnon’s house, she went to the place where he was lying down so he could watch her mix some dough. Then she baked his favorite dish for him. 9 But when she set the serving tray before him, he refused to eat. “Everyone get out of here,” Amnon told his servants. So they all left.

10 Then he said to Tamar, “Now bring the food into my bedroom and feed it to me here.” So Tamar took his favorite dish to him. 11 But as she was feeding him, he grabbed her and demanded, “Come to bed with me, my darling sister.”

12 “No, my brother!” she cried. “Don’t be foolish! Don’t do this to me! Such wicked things aren’t done in Israel. 13 Where could I go in my shame? And you would be called one of the greatest fools in Israel. Please, just speak to the king about it, and he will let you marry me.”

14 But Amnon wouldn’t listen to her, and since he was stronger than she was, he raped her. 15 Then suddenly Amnon’s love turned to hate, and he hated her even more than he had loved her. “Get out of here!” he snarled at her.

But Amnon wouldn’t listen to her. 17 He shouted for his servant and demanded, “Throw this woman out, and lock the door behind her!”

18 So the servant put her out and locked the door behind her. She was wearing a long, beautiful robe, as was the custom in those days for the king’s virgin daughters. 19 But now Tamar tore her robe and put ashes on her head. And then, with her face in her hands, she went away crying.

20 Her brother Absalom saw her and asked, “Is it true that Amnon has been with you? Well, my sister, keep quiet for now, since he’s your brother. Don’t you worry about it.” So Tamar lived as a desolate woman in her brother Absalom’s house.

21 When King David heard what had happened, he was very angry. 22 And though Absalom never spoke to Amnon about this, he hated Amnon deeply because of what he had done to his sister.

23 Two years later, when Absalom’s sheep were being sheared at Baal-hazor near Ephraim, Absalom invited all the king’s sons to come to a feast. 24 He went to the king and said, “My sheep-shearers are now at work. Would the king and his servants please come to celebrate the occasion with me?”

25 The king replied, “No, my son. If we all came, we would be too much of a burden on you.” Absalom pressed him, but the king would not come, though he gave Absalom his blessing.

26 “Well, then,” Absalom said, “if you can’t come, how about sending my brother Amnon with us?”

“Why Amnon?” the king asked. 27 But Absalom kept on pressing the king until he finally agreed to let all his sons attend, including Amnon. So Absalom prepared a feast fit for a king.

28 Absalom told his men, “Wait until Amnon gets drunk; then at my signal, kill him! Don’t be afraid. I’m the one who has given the command. Take courage and do it!” 29 So at Absalom’s signal they murdered Amnon. Then the other sons of the king jumped on their mules and fled.

30 As they were on the way back to Jerusalem, this report reached David: “Absalom has killed all the king’s sons; not one is left alive!” 31 The king got up, tore his robe, and threw himself on the ground. His advisers also tore their clothes in horror and sorrow.

32 But just then Jonadab, the son of David’s brother Shimea, arrived and said, “No, don’t believe that all the king’s sons have been killed! It was only Amnon! Absalom has been plotting this ever since Amnon raped his sister Tamar. 33 No, my lord the king, your sons aren’t all dead! It was only Amnon.” 34 Meanwhile Absalom escaped.

Then the watchman on the Jerusalem wall saw a great crowd coming down the hill on the road from the west. He ran to tell the king, “I see a crowd of people coming from the Horonaim road along the side of the hill.”

36 They soon arrived, weeping and sobbing, and the king and all his servants wept bitterly with them. 37 And David mourned many days for his son Amnon.

Absalom fled to his grandfather, Talmai son of Ammihud, the king of Geshur. 38 He stayed there in Geshur for three years. 39 And King David, now reconciled to Amnon’s death, longed to be reunited with his son Absalom. 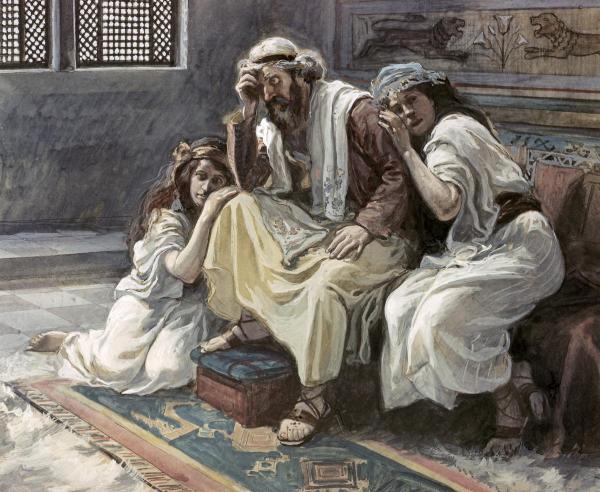 Davis mourns the death of his son, Amnon...

The story of Amnon and Tamar reveal that these things don’t just happen. That through the power of our imaginations and thought, we can do anything we set our minds to, even going against God’s Word and His plan for our lives.

He loved Tamar and made himself sick everyday, thinking about her and that he could not have her.

Tamar suggests otherwise. She said that if Amnon would speak to his father - he may allow him to marry her.

But this was the spirit of lust... he had to have her now

Jonadab, a friend of Amnon thought up a plan to allow him to get what he wanted even although it ended his life..

Are your friends poison to you and your future?

Are you an Jonadab? Crafty?

The real questions are, "In any friendship, who's influencing whom?" and, "Is the influence for the good?" If the influence is bad, and your moral compass is headed south, it's time to dump some poisonous friends real fast.

We will look at the second half of today's verse later...