Many prosper in soul when going through adversity, who fail grievously in prosperity.

"As the fining-pot for silver, and the furnace for gold, So is a man tried by his praise."

It is easier to "turn to, and trust in the Lord" when we are in trouble or when we receive an evil report...

But, when praised and openly adored by men - we do not quickly go before the Lord and ask for the burden and temptation of praise to be released from us..

Power and praise are more destructive than hardship and heartache.

Some people are addicted to praise.

They seek praise as an addict seeks drugs to satisfy his craving. This can happen in families, churches, politics, - anywhere where "flattery" or false praise is used for advantage.

"I wrote to the church about this, but Diotrephes, who loves to be the leader, refuses to have anything to do with us."

We all need to go through the purifying fires...

"“But who will be able to endure it when he comes? Who will be able to stand and face him when he appears? For he will be like a blazing fire that refines metal, or like a strong soap that bleaches clothes. 3 He will sit like a refiner of silver, burning away the dross. He will purify the Levites, refining them like gold and silver, so that they may once again offer acceptable sacrifices to the Lord."

We all need purifying. 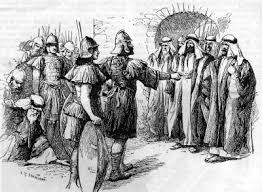 Gideon is a warning to all of us...

" Then the Israelites said to Gideon, “Be our ruler! You and your son and your grandson will be our rulers, for you have rescued us from Midian.”

23 But Gideon replied, “I will not rule over you, nor will my son. The Lord will rule over you! 24 However, I do have one request - that each of you give me an earring from the plunder you collected from your fallen enemies.” (The enemies, being Ishmaelites, all wore gold earrings.)

25 “Gladly!” they replied. They spread out a cloak, and each one threw in a gold earring he had gathered from the plunder. 26 The weight of the gold earrings was forty-three pounds, not including the royal ornaments and pendants, the purple clothing worn by the kings of Midian, or the chains around the necks of their camels.

27 Gideon made a sacred ephod from the gold and put it in Ophrah, his hometown. But soon all the Israelites prostituted themselves by worshiping it, and it became a trap for Gideon and his family. 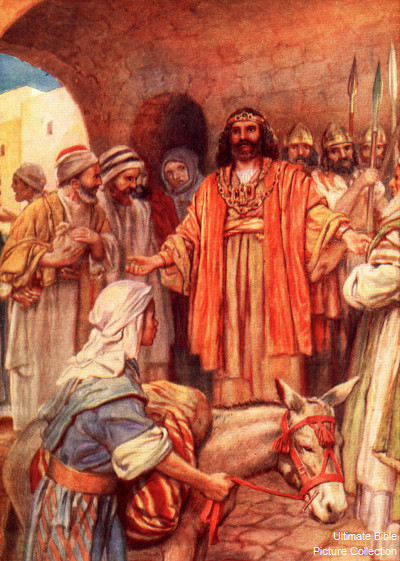 " Now Absalom was praised as the most handsome man in all Israel. He was flawless from head to foot.

"Absalom did this with everyone who came to the king for judgment, and so he stole the hearts of all the people of Israel.

"I will label them ‘Rejected Silver,’
for I, the Lord, am discarding them.”

"“Son of man, the people of Israel are the worthless slag that remains after silver is smelted. They are the dross that is left over—a useless mixture of copper, tin, iron, and lead." 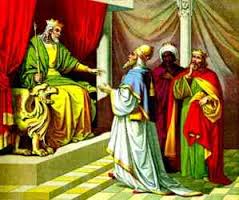 Under the shouting praise of his "flatterers" - gave not GOD the glory...

" and an appointment with Herod was granted. When the day arrived, Herod put on his royal robes, sat on his throne, and made a speech to them. 22 The people gave him a great ovation, shouting, “It’s the voice of a god, not of a man!”

23 Instantly, an angel of the Lord struck Herod with a sickness, because he accepted the people’s worship instead of giving the glory to God. So he was consumed with worms and died." 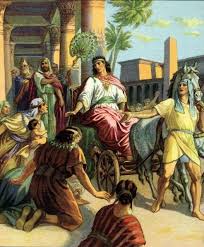 "Pharaoh said to Joseph, “I hereby put you in charge of the entire land of Egypt.” 42 Then Pharaoh removed his signet ring from his hand and placed it on Joseph’s finger. He dressed him in fine linen clothing and hung a gold chain around his neck. 43 Then he had Joseph ride in the chariot reserved for his second-in-command. And wherever Joseph went, the command was shouted, “Kneel down!” So Pharaoh put Joseph in charge of all Egypt.

" But don’t be upset, and don’t be angry with yourselves for selling me to this place. It was God who sent me here ahead of you to preserve your lives. 6 This famine that has ravaged the land for two years will last five more years, and there will be neither plowing nor harvesting. 7 God has sent me ahead of you to keep you and your families alive and to preserve many survivors. 8 So it was God who sent me here, not you! And he is the one who made me an adviser to Pharaoh—the manager of his entire palace and the governor of all Egypt. 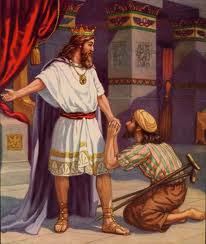 "This was their song:

“Saul has killed his thousands,
and David his ten thousands!”

8 This made Saul very angry. “What’s this?” he said. “They credit David with ten thousands and me with only thousands. Next they’ll be making him their king!”

"When Saul recognized this, he became even more afraid of him. 16 But all Israel and Judah loved David because he was so successful at leading his troops into battle.

17 One day Saul said to David, “I am ready to give you my older daughter, Merab, as your wife. But first you must prove yourself to be a real warrior by fighting the Lord’s battles.” For Saul thought, “I’ll send him out against the Philistines and let them kill him rather than doing it myself.”

18 “Who am I, and what is my family in Israel that I should be the king’s son-in-law?” David exclaimed. “My father’s family is nothing!” 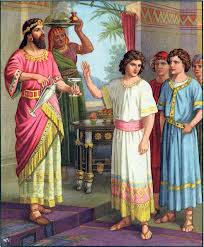 "Daniel soon proved himself more capable than all the other administrators and high officers. Because of Daniel’s great ability, the king made plans to place him over the entire empire.

4 Then the other administrators and high officers began searching for some fault in the way Daniel was handling government affairs, but they couldn’t find anything to criticize or condemn. He was faithful, always responsible, and completely trustworthy. 5 So they concluded, “Our only chance of finding grounds for accusing Daniel will be in connection with the rules of his religion.”

Be careful in giving praise.

It could be fanning a flame of self-love and pride within.

Be very careful in receiving praise.