Because of the very difference in their lives, bloodthirsty men hate those who are upright.

"The bloodthirsty hate the blameless man, but the upright care for and seek [to save] his life." Amplified version

The sin of Adam and Eve introduced man into evil.

Genesis 3.5 "For God knows that in the day you eat of it your eyes will be opened, and you will be like God, knowing the difference between good and evil and blessing and calamity"

And within one single generation, man's behavior down-graded to this... 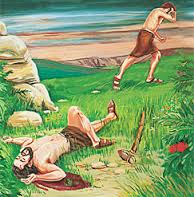 "But for Cain and his offering He had no respect or regard. So Cain was exceedingly angry and indignant, and he looked sad and depressed.

6 And the Lord said to Cain, Why are you angry? And why do you look sad and depressed and dejected?

7 If you do well, will you not be accepted? And if you do not do well, sin crouches at your door; its desire is for you, but you must master it.

8 And Cain said to his brother, Let us go out to the field. And when they were in the field, Cain rose up against Abel his brother and killed him.

Of course, the question is - why did he do it?

"[And] not be like Cain who [took his nature and got his motivation] from the evil one and slew his brother. And why did he slay him? Because his deeds (activities, works) were wicked and malicious and his brother’s were righteous (virtuous).

Ever since that same motivation Proverbs 29.27 is in play...

That's why they hated Jesus so much!

Acts 7.52 " Which of the prophets did your forefathers not persecute? And they slew those who proclaimed beforehand the coming of the Righteous One, Whom you now have betrayed and murdered.."

Matthew 5.11-12 "Blessed (happy, to be envied, and spiritually prosperous - with life-joy and satisfaction in God’s favor and salvation, regardless of your outward conditions) are you when people revile you and persecute you and say all kinds of evil things against you falsely on My account.

12 Be glad and supremely joyful, for your reward in heaven is great (strong and intense), for in this same way people persecuted the prophets who were before you."

The evil malice is real... 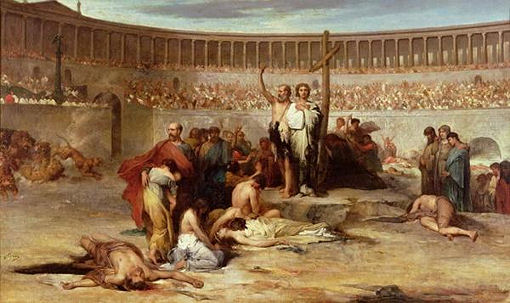 36 "Others had to suffer the trial of mocking and scourging and even chains and imprisonment.

37 They were stoned to death; they were lured with tempting offers [to renounce their faith]; they were sawn asunder; they were slaughtered by the sword; [while they were alive] they had to go about wrapped in the skins of sheep and goats, utterly destitute, oppressed, cruelly treated -"

There is a "built-in" hatred against the righteous... "the bloodthirsty hate the upright" Recognize it. Be ready to deal with "inherent" opposition. because of your faith in Jesus Christ, and the righteousness He brings into your life...

How bad will it get?

Look at Noah's faith and obedience... it drove the unbelieving world wild!

The second part of this verse reads... "but the just seek his soul"

Jezebel tries to destroy the prophets...

What a life of conflict is this world of sin!