A fool does not think of the consequences before he unleashes his temper, but a wise man holds back from outbursts and remains quiet until after.

" A fool does not think before he unleashes his temper, but a wise man holds back and remains quiet.."

A fool readily pour out all they know regardless of the effect it may have for good or evil.

A wise man discreetly guards his tongue, and thinks twice before speaking.

The wise know the damage that can be done by hasty speech, by blurting out before knowing what damage it may do...

Jesus on the road to Emmaus...

Jesus, who knew all things - listen how He restrained His speech... 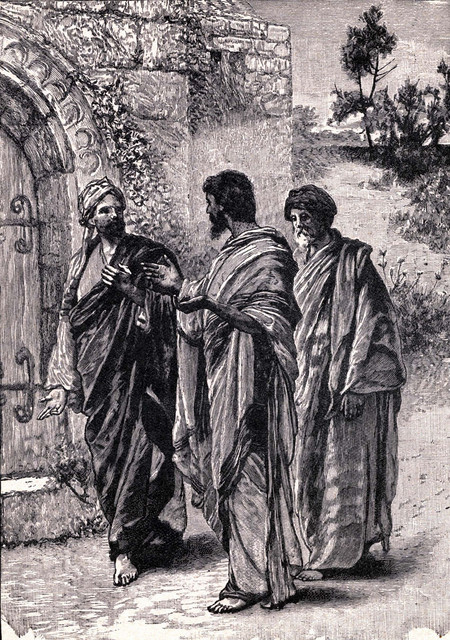 The Walk to Emmaus

"That same day two of Jesus’ followers were walking to the village of Emmaus, seven miles from Jerusalem. 14 As they walked along they were talking about everything that had happened. 15 As they talked and discussed these things, Jesus himself suddenly came and began walking with them. 16 But God kept them from recognizing him.

17 He asked them, “What are you discussing so intently as you walk along?”

They stopped short, sadness written across their faces. 18 Then one of them, Cleopas, replied, “You must be the only person in Jerusalem who hasn’t heard about all the things that have happened there the last few days.”

“The things that happened to Jesus, the man from Nazareth,” they said. “He was a prophet who did powerful miracles, and he was a mighty teacher in the eyes of God and all the people. 20 But our leading priests and other religious leaders handed him over to be condemned to death, and they crucified him. 21 We had hoped he was the Messiah who had come to rescue Israel. This all happened three days ago.

22 “Then some women from our group of his followers were at his tomb early this morning, and they came back with an amazing report. 23 They said his body was missing, and they had seen angels who told them Jesus is alive! 24 Some of our men ran out to see, and sure enough, his body was gone, just as the women had said.”

25 Then Jesus said to them, “You foolish people! You find it so hard to believe all that the prophets wrote in the Scriptures. 26 Wasn’t it clearly predicted that the Messiah would have to suffer all these things before entering his glory?” 27 Then Jesus took them through the writings of Moses and all the prophets, explaining from all the Scriptures the things concerning himself.

28 By this time they were nearing Emmaus and the end of their journey. Jesus acted as if he were going on, 29 but they begged him, “Stay the night with us, since it is getting late.” So he went home with them. 30 As they sat down to eat, he took the bread and blessed it. Then he broke it and gave it to them. 31 Suddenly, their eyes were opened, and they recognized him. And at that moment he disappeared!

32 They said to each other, “Didn’t our hearts burn within us as he talked with us on the road and explained the Scriptures to us?” 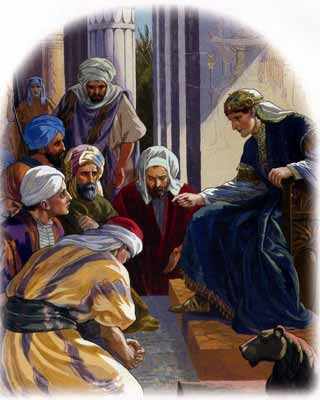 Joseph, in all his dealings with his brothers who sold him out, lied about him, accused him, etc - maintains his silence, until the perfect moment comes...

"Joseph could stand it no longer. There were many people in the room, and he said to his attendants, “Out, all of you!” So he was alone with his brothers when he told them who he was. 2 Then he broke down and wept. He wept so loudly the Egyptians could hear him, and word of it quickly carried to Pharaoh’s palace.

3 “I am Joseph!” he said to his brothers. “Is my father still alive?” But his brothers were speechless! They were stunned to realize that Joseph was standing there in front of them. 4 “Please, come closer,” he said to them. So they came closer. And he said again, “I am Joseph, your brother, whom you sold into slavery in Egypt. 5 But don’t be upset, and don’t be angry with yourselves for selling me to this place. It was God who sent me here ahead of you to preserve your lives. 6 This famine that has ravaged the land for two years will last five more years, and there will be neither plowing nor harvesting. 7 God has sent me ahead of you to keep you and your families alive and to preserve many survivors. 8 So it was God who sent me here, not you! And he is the one who made me an adviser to Pharaoh—the manager of his entire palace and the governor of all Egypt.

There is a time for everything...a time to keep silence, and a time to speak...

But the words of the wise are hidden in the inner recess of his mind. This is wisdom that needs to be cultivated...

1 Samuel 25:36 "When Abigail arrived home, she found that Nabal was throwing a big party and was celebrating like a king. He was very drunk, so she didn’t tell him anything about her meeting with David until dawn the next day." 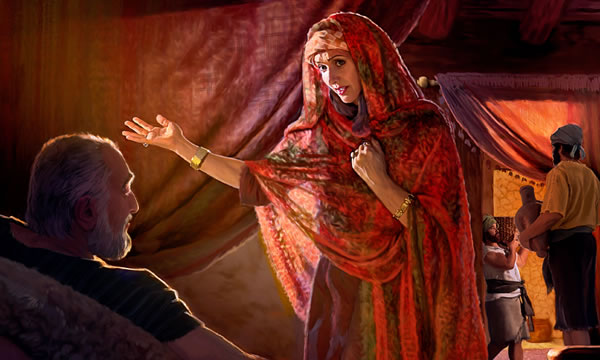 Samson exhibits foolishness of telling all...

"Finally, Samson shared his secret with her. “My hair has never been cut,” he confessed, “for I was dedicated to God as a Nazirite from birth. If my head were shaved, my strength would leave me, and I would become as weak as anyone else.” 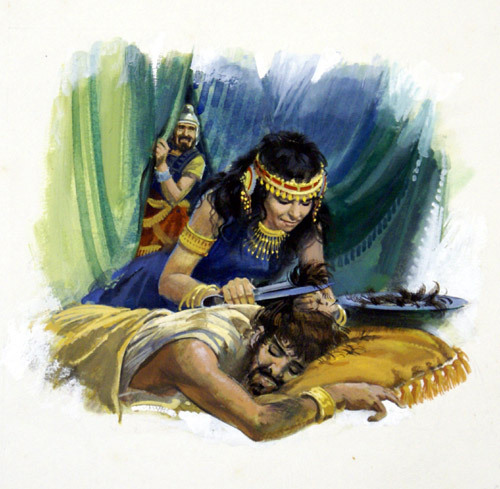 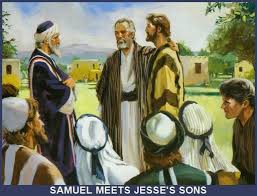 ''Now the Lord said to Samuel, “You have mourned long enough for Saul. I have rejected him as king of Israel, so fill your flask with olive oil and go to Bethlehem. Find a man named Jesse who lives there, for I have selected one of his sons to be my king.”

2 But Samuel asked, “How can I do that? If Saul hears about it, he will kill me.”

“Take a heifer with you,” the Lord replied, “and say that you have come to make a sacrifice to the Lord.

This is interesting! Sometimes you have to ask and wait for GOD's  help, so we can know exactly how to approach a difficult situation...

That's what we find hard to do.